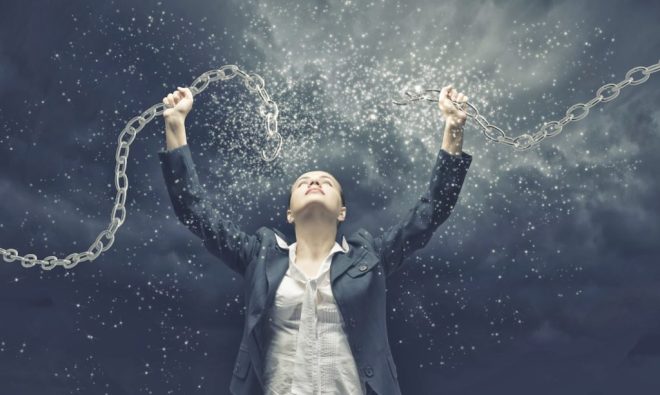 Looking down I felt the shame hit my face, the anger uncoiling inside of me.  I wanted to hurt myself.  “WHY?  I had barely eaten all week, how could it have gone up?  I am a failure. ”

I felt the world falling away.  My body didn’t represent what I wanted it to, what I needed it to.  I was short. I wanted to squeeze myself into a 6 foot tall waif’s body.  Somehow that would make me good enough.

I’m not sure where my body shame and image began.  My sister,  cousins and I would joke that it was like growing up with the weight patrol on your back.  There was constant comments, constant commentary about weight in our family.

My sister and I would lie in bed and measure our fatness by if our belly was under our ribs.  I would count my ribs when my eating disorder was really bad.  If I didn’t weigh a certain weight I stayed home from school.  My body was the only worth I believed I had.  If I don’t have a skinny, fit, lean body then what I am without it?

I had brains for days.  High IQ, aced tests and learning.  But nothing compared to the attention I got for being fit, lean, skinny.  It meant I was good enough.  Not just smart enough.  I knew even at a very young age how much value was put into a woman’s looks.

And my eating disorders came back.

I was a prisoner in my own body.  Everything I ate, everything I did, everything I believed about myself and the world around me was filtered through what I believed to be true about women and our bodies.  Fuelled by the fitness and fashion industries but also by any means to make women into the arm candy.

And I wanted to be that.  It didn’t matter how much success I achieved, my body was how I measured my true success.  I couldn’t enjoy any of that success or celebrate if I didn’t feel my body was up to par and no matter what it looked like I had very few times when I felt happy with it.

I explored my self hate.  I explored why I believed I had to fit into some cookie cutter version of a photo shopped image.  As it turned out it had nothing to do with my body.  That was my “problem”.  If I could focus on that problem and never ever ever be enough then I could always hold myself back.

The real fear was of failure, not being good enough, being humiliated, shamed and even bigger was the fear of people finding out things I preferred to keep quiet.  Things I didn’t want people to know about me.  Things I wanted to run from!

As long as I was putting conditions on when I *could* do something *when* I was lean enough, fit enough, skinny enough then I didn’t have to risk being out there, being seen.  I could hold myself back and convince myself I would do it when ______.

My body was the prison I put myself in.  I could have chosen anything really.  But the more I explored why I was so obsessed with my weight the more I realized it had little to do with my body and more to do with keeping myself safe and small.

I always believed I was variety driven.  And I am.  We all are.  But when it comes to some stuff I have more of a need for certainty than I care to admit.  The fear of failure, being made fun of, being humiliated kept me trying to make everything perfect so no one could find anything wrong with me when I got to do the things I really wanted to do.

I was humiliated so many times in my life.  I look back on the little girl that I was and wonder sometimes how people, other children especially, can be so cruel.  The world tells us hurt people hurt people.  But sometimes at my core I can’t understand it.  Because I had significant childhood trauma and I want to make sure no one else ever feels like I did.  I wasn’t nasty, I wasn’t bitter, I wasn’t one of the mean girls club.

I had a group of girls in my life when I was young that were straight up mean up girls.  I let it harden me.   They would invite me over and tell me things, set me up for hurt and humiliate me later.  I remember one incident when they set me up with a pen pal.  I couldn’t send her the letters myself, it was one of the girls cousins who moved a lot so she agreed to send them.

They were using the letters to try to get me to say things about them.  Thankfully one of the girls had conscious enough to tell me the truth and I stopped participating.  And I stopped looking for friends.  I walked away from them.  I stopped trying.  I always held back because I wasn’t sure I could trust people, what were their motives?

After that I had surface friends. I didn’t want to be manipulated or made fun or humiliated.  I had forgotten about this until recently.  That was actually a defining moment for me in life.  And perhaps instead of shutting everyone out I should have realized they were just mean girls.  But that’s no so easy when you’re 12!

I let it shut me down.  I couldn’t take much more in my shot life. I became someone nothing could touch.  I became less naive and more bitter.  I didn’t realize how much this impacted me until recently.  We all just want to fit in when we’re kids.  After that I started hanging out with the wrong crowds, the wrong boys. I became tougher, more disdainful.

This isn’t a blame blog.  In my work as a human behaviourist and wild souled woman I help people, including myself, uncover their emotional blocks . I was emotionally blocked because of a lot of things but some incidences with these girls impacted my and my ability to form healthy relationships more than I realized.  I was easily manipulated and even more easily hurt.

In the end, we were kids.  And I believed what people said about me.  I believed I was stupid and naive without anyone needing to say it.  The shame I carried was intense. I promised myself I would never give anyone anything to have over me. I held back.

My body became my prison, my obsession, because it was a way I could outwardly show I was ok.  I wouldn’t give anyone anything to belittle me with.  I became untouchable, stoic and the don’t give a fuck girl was born.

It’s taken decades and lots of inner work to understand that I didn’t have to change myself to fit in.  I didn’t need to fit in at all, certainly not with people like that.  I wasn’t born to fit in, to be the mould, to be a sheep.

My hope is one day we’ll teach emotional intelligence to children so they can learn early on what took me decades to learn.  Now, I don’t give a fuck, but in all the good ways, because I know that someone else’s opinion of me doesn’t matter.  If people want to manipulate me, point out my flaws, be mean, it’s not something I want in my life.  “Believe people when they show you who they are“.

And my body is now my machine, not my prison.  It’s how I live my life full out. It’s how I experience my life. It’s a part of me but it’s not all of me and I don’t have to ever “wait on the weight” to be or do something.

Neither do you.  There is freedom in exploring your challenges. It takes courage too.  And course is simply fear walking.  If you’ve got a problem you would like help solving, feel free to reach out to me.  I love helping people find emotional blocks – and you’ll be surprised at what’s there – somethings it’s something you think is so insignificant.  It’s emotional for sure but the newfound knowledge you gain unlocks chains you didn’t know you were binding you.