Last year I had a big eyes open moment. The kind where an entire truth reveals itself to you in a matter of minutes and you’re standing there mouth agap wondering how the heck you didn’t see this before.

These revelations are only available to you where you are open to looking deeper, when you are awake and conscious enough to say “hey, I wonder what this is about or why this keeps happening”.

Most people are stuck in victim and proving and blame mode and you can’t get to the aha’s, the awakening, the deeper truth when you’re too busy blaming and not looking deeper.

I’m committed to the depths. I’m no longer surface based. I can’t handle surface shit anymore. I lived there for too long and really, there is no life there, in the shallow end. So when I saw this thing, this something that didn’t make sense, this irritation, annoyance, I didn’t justify, I didn’t blame, I didn’t avoid, I went into it, I opened it, I explored it…

I asked it to teach me and it showed me how I was trying to make something on top of something else. Space wasn’t created. The foundation wasn’t solid. And I was trying to push it to where it was going before giving it what it needed to naturally get there. 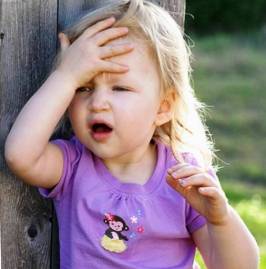 I could see the picture, where I was going and I was trying crawl over the rubble to get there instead of looking at the rubble and dusting it off, putting it where it belonged, dealing with the rubble.

Well, isn’t that exactly what we do?

We want to get there but we want to skip the steps. Now in general I’m not a step skipper. I know that we can’t skip steps. It’s not how it works but in this case I was 100% skipping all those steps because dammit I wanted to be where I wanted to be and that was that.

So I had to accept that I wasn’t. That I wasn’t going to ever get there if I didn’t sink into the tedious and hard work it was going to take to clean up the mess. And damn, I had it done it before with my health, my emotional life why couldn’t I do it here?

I could and I would. And I did. Effective today I am 100% caught up on the million tedious things I had to deal with, things I had been ignoring, things I had been letting go, systems, processes, the book that was just sitting there not moving forward, the brand, logo, marketing plans, not to mention the emotional work that accompanies actual work.

Cause you know… things don’t get ignored for no reason.  While I’m talking about the behind the scenes business processes that make my life a heck of a lot easier, help me serve clients easier and effortlessly… doing it while still serving people, still moving forward in one direction while cleaning up and putting all new systems in place, while landing a book deal and editing it 400 times, while working part time to off set a bunch of things, while dealing with a sick dog, while trying to drink enough water and stay in some of decent health…

It made me realize a few things that are critical to our well being that transcend all area’s… whether it’s our relationships or our business, these patterns show up everywhere and if we don’t deal with them we will find ourselves standing on a mess that we don’t know how we got into but will be immense work getting out of.

Not everyone was given a solid foundation in life. Not everyone had people cheering them on, telling them they were amazing and could do anything. Some people had people drilling holes in them, in their boat, in their worth, in their belief in themselves. Some people were labelled, abused, grew up in situations that gave them rocky foundations so when they go into the world with nothing but a dream… let me tell you, if you were one of them, you will be shown your wounds. You will have salt poured in them. People will cheer when you fail. People will tear you down and kick you in the ribs when you’re there …

And you’ll wonder why you try.

But if you’re like me, there’s a fire that burns brighter inside of you than all the fires that burn outside tearing you down.

Rebuilding your foundation when it was broken is hard as an adult. But I’m proof it’s possible, not just in my business – doing the work I’ve done in my business was only possible because I first repaired the holes in my life’s foundations, in my beliefs, my experiences, rewiring my emotions, my brain, my thought processes.

Some people were given a great foundation and that’s amazing. But if you weren’t given one, it doesn’t mean you can’t have one. It means you will have to be committed to the deep work it takes to create new and better processes in your life.

I also realized how strong and resilient I am. How strong and resilient people are in general when we want something. It’s easy to keep going when the weather is nice, when there’s money in the bank, when everything is going well. But the true test comes when things are not going well, when things go wrong- and they will! That’s when true strength and character are born, when we dig in and say “I’m ready”.

Life isn’t about not having waves, it’s not about only enjoying it when it’s easy. Life is about navigating the rough waters, it’s about building who you are, not giving up when the going gets tough or moving into victim mode, blaming and shaming. Because there will be waves, there will be storms, there will be things going wrong because it’s life.

We can’t skip the steps. We can’t skip the steps in the processes of business or in life. That’s not how it works. We need healthy, solid foundations and if you don’t have them, you have to get them or the climb will not be possible, it won’t allow you to get where you want to go and it will be easy to blame others, the world, the universe, or just say it doesn’t work. You have to face the mess that’s there, not trying to bandaid or climb over it, but to move into it, to unpack it, to tear it down and rebuild it.

Once it’s build on a foundation that can handle it, you, what you want, then your life and dreams will unfold. Of course there will be challenges but you’ll know you can climb those mountains and each time you climb, it will be easier. Not because the problem or the challenge became easier but because you became stronger and more resilient, more empowered and connected as you grow through each one.

If you don’t like where things are you have to be willing to face the mess and clean it up. Because you can’t move to the future as long as the past is taking up your space. You can’t build greatness on a shitty foundation that could crumble like a house of cards.

I unpacked it. I created a new foundation for a better life.

And that’s all we’re really doing over here in the wild… unpacking the mess we create when we don’t know what we don’t know… and remaking it. We’re blowing the life back into you. We’re giving you back your power to create the life and passions that are trying to come through you.

And staying with you through the reframing and remaking process.

That’s what wild women do… remake the bones… repair the soul… as we come back to life. Wild women need wild women. We are not afraid of the deep work, in fact, we thrive in the depths, we are born in the fires, we are made in the wars and battles, we are built in the valleys and the climbs that destroy most people.

And when the storms pass, the hard work is done, we become the women we always felt we were but weren’t showing up as, and there is the freedom, the unchaining as you look over the years, the darkness, the challenges, the calls to step up that you answered as you can now move into the life that you really want.

It takes courage my friend, courage to walk with the eyes of the soul, it takes faith to believe that you’re being led and it takes a willingness to fail, to put in the hard work, to show up for yourself…